Skip to content
Stevenson University Online  /  About Us  /  News  /  Has Print Finally Run its Course?

Has Print Finally Run its Course? 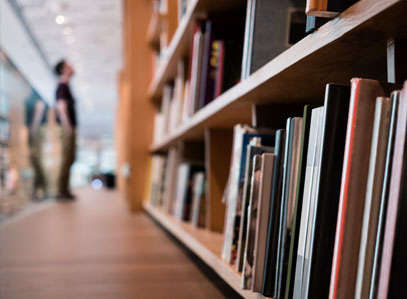 Some might say it has been a long time coming, but it seems we are growing ever-closer to a completely digital landscape. Whether regarding the publishing or music industry, significant steps have been taken in the past month that will drastically change the field of mass-communication.

According to Michael Rubinkam of the Associated Press, universities all over the country have undergone a purge of print editions in their libraries in favor of digital copies. This has become an easy process due to software from companies like OCLC Sustainable Collection Services. With the firm’s software, libraries across the country are able to analyze their holdings and obtain a comprehensive understanding of the circulation patterns of each unit in their catalog, making it easy to identify which books should be purged. It is a shift in strategy that has grown increasingly popular by institutions all over the country. While some institutions have pointed to significant savings in operating costs, others have cited an issue of space: they are simply running out of room for new books.

Regardless, the shift in strategy has been unsettling to more-traditional scholars. Until rather recently, a library’s value was measured by the size and scope of its catalog. At many institutions, libraries aren’t a warehouse where books are stored, but rather the living room of the campus. In an effort to quell some of the ease and discontent, some institutions have taken measures in an effort to appease both sides. Syracuse University, for example, opted to build its own storage facility for 1.2 million books near the school’s campus.

In the music industry, similar changes have recently made headlines regarding how goods are disseminated to the masses. One of the country’s biggest resellers, Best Buy, announced that, starting July 1, 2018, they would no longer sell CDs in their stores. Target quickly followed suit, taking a step in a similar direction, stating that they would only sell CDs under a consignment basis. This is not a surprising development. Digital music’s continued growth in market consumption is ever-present; in the first half of 2017 alone, streaming services accounted for 62 percent of revenue from the US music market, according to The Verge’s Thuy Ong. A format that was not even in development a decade ago, now outpaces virtually every other method of music consumption. The remaining 38 percent is split between the sale of digital music, CDs, and vinyl.

Technological advances made in the past twenty years have spawned a communicative revolution. Mass communication, the idea of one voice reaching many, has been a privilege for decades. But the internet has changed that. As market consumption for music has made a remarkably quick shift towards digital outlets – whether they be digital sales or streaming services – the physical market has shrunk at matching speed. It may seem an odd parallel to draw, but the developments in the music industry paint a grim picture for that of the publishing industry. Analysts offer near-unanimous forecasts that print – whether it be in the form of books or music – will never truly fade away. Instead, it will merely shift to a niche market, for, there will always be those who prescribe to physical copies of information as opposed to digital copies. However, as libraries and retailers move away from print sources, the future of physical copies looks bleak.