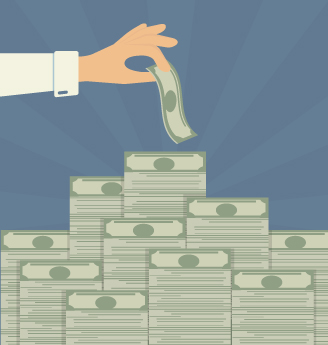 In recent news, a couple of interesting fraud cases have surfaced that involve two unique commonalities: the alleged embezzler stole funds from a place of worship and was also a former assistant chief in the local fire department. This oddity may seem inconsequential at first, but the allegations amount to a double betrayal felt in the community which may cause the local areas to tear at their very fabric. The cases also highlight the importance of having efficient anti-fraud controls in place, specifically in these two critical components of a community.

Places of worship and fire departments are both seen as integral parts of society and the trust placed in both is usually very high. Churches, synagogues, and other worship spaces serve as centers for spiritual comfort while fire agencies provide physical comfort by way of life and property-saving measures. But when theft, fraud, or corruption charges involve either pillar in the community, it can cause a major rupture in the public’s confidence in the services they provide.

For example, a Michigan man has been accused by prosecutors of embezzling between $100,000 and $200,000 from his church while serving as trustee of a church trust fund. He allegedly had full access to the bank account. According to news reports, the man made an investment in a local company, however the company owner discovered the source of the funds originated from the man’s church, instead of his retirement account as he initially claimed. The owner then alerted the church and state police. The Michigan man, age 70, was also the former president of the church council and had been an assistant fire chief in the town.

The second example follows a similar pattern. In North Carolina, a former assistant fire chiefwas indicted earlier this year for stealing funds from the Pisgah United Methodist Church, as well as funds from a non-profit organization he oversaw that assisted families of children burned in fires. The amount of funds allegedly embezzled is over $10,000, but as the investigation continues, there is a possibility that the amount may increase. According to reports, the governing body of the children’s fund became suspicious of certain transactions and notified law enforcement. The man, age 50, had been the treasurer of the children’s fund.

Both of cases illustrate the importance of fraud prevention and basic internal controls that could prevent or mitigate the loss. These controls include:

Many communities are small and tight-knit and may resist the recommendations, however the internal controls are essential to effectively deterring, detecting, and preventing fraud and theft. Upon initiating the controls, leaders may be accused of mistrusting members or officers of the group. However, if a member questions the controls, leaders should remember that the mission of the group depends on the community’s trust and there could be a nefarious reason behind their unwillingness to comply.

Both fire departments and places of worship rely on community confidence and goodwill to conduct their missions. When fraud and theft allegations surface surrounding these organizations, they erode the public’s trust and tarnish the community’s view of them. Establishing proper and basic business procedures are crucial to maintaining the financial stability and reputation of an organization.