Skip to content
Stevenson University Online  /  About Us  /  News  /  National Nurses Week: Celebrating Those Who Save

National Nurses Week: Celebrating Those Who Save 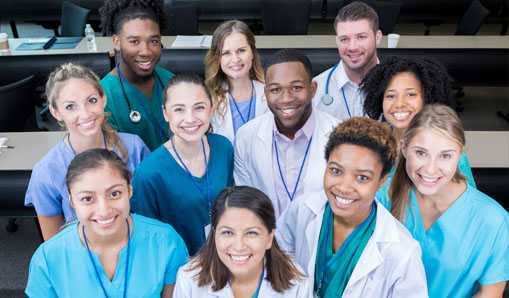 In honor of National Nurses Week, Stevenson University Online thanks nurses for their service in the healthcare community.

This week, National Nurses Week, May 6 – May 12, nurses are celebrating one another and inspiring those who are considering the profession. According to the Kaiser Family Foundation, there are over 4.1 million active nurses in the United States. In an effort to celebrate the millions of nurses in these roles, the American Nurses Association has selected the theme “Nurses: Inspire, Innovate, Influence.”

With the Affordable Care Act’s passing, nearly 20 million people have gained access to medical care since 2010. An often overlooked benefit of that healthcare bill, however, is a sense of increased awareness to public health issues. With more Americans able to access healthcare, so too have more Americans grown conscious of health-related issues in the United States. Per the American Nurses Association, harnessing the general public’s awareness to health-related issues is paramount to their mission, stating, “We’ve had great success in the past when public health nurses and RNs in various roles and settings collaborated to improve the health of our nation: promoting tobacco-use cessation, preventing the spread of tuberculosis and other communicable diseases, and responding to disasters.”

One major public health issue that the American Nurses Association hopes this year’s Nurses Week can help shed light on is the nation’s opioid epidemic. According to the Centers for Disease Control and Prevention (CDC), on average, 115 people died every day from an opioid overdose in 2016. Although Congress has recently granted $6 billion of the federal budget over the next two years to combat the epidemic, the American Nurses Association has aimed to influence the government’s approach, the public’s perception, and the very steps that are taken to combat the opioid epidemic.

With initiatives like National Nurses Week, the American Nurses Association is able celebrate nurses, inspire others, and fulfill a number of their core values. The American Nurses Association believes that, “We rely on each other to identify, assess, report, educate, and intervene. Right now it seems as if our advocacy and interventions are needed more than ever.” The U.S. Bureau of Labor Statistics projects that 1.1 million new nurses will be needed by 2022 in an effort to replace retiring members of the current workforce and meet the needs of a growing population.