Skip to content
Stevenson University Online  /  About Us  /  News  /  Mergers: More Than Meets the Eye

Mergers: More Than Meets the Eye 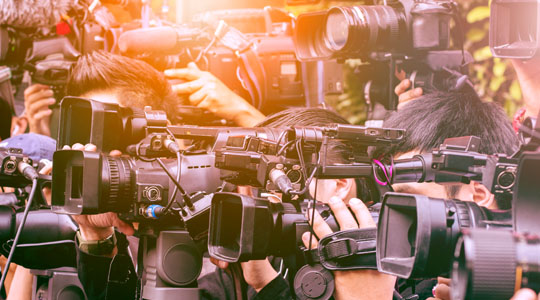 There has been an unprecedented increase in the amount of corporate mergers in recent years. In a globalized economy, bigger brands yield higher returns. Although this has been a long-held practice in some industries, this school of thought seems to have found its way to virtually every sector of the economy. In 2017 alone, iconic fashion firm Coach acquired rival Kate Spade for $2.4 billion, online conglomerate Amazon bought Whole Foods for $13.7 billion, and pharmaceutical giant CVS acquired Aetna for $69 billion. What used to be sporadic events in our economy have become so common that news sites such as CNBC has developed a section in their menu titled “Mergers and Acquisitions.”

There truly seems to be no industry immune to the belief that bigger is better. While these mergers and acquisitions may seem unimportant, there could be lasting, alarming effects. For example, the media landscape – both in terms of entertainment and journalism – has changed dramatically in the past ten years. Umbrella companies like Viacom, Time Warner, and most recently Disney, have seen tremendous growth. And it has not gone unnoticed. Communication companies have realized the potential that a more unified media landscape may hold. In 2011, Comcast received approval by the federal government to acquire NBC Universal for $16.7 billion. This past year, AT&T made an unsuccessful $85.4 billion bid for media juggernaut Time Warner. And now, companies such as Comcast and 21st Century Fox are bidding for British broadcast behemoth Sky, aiming to create a global conglomerate.

A handful of companies that control the messages reaching the masses could cause a lack of accountability, including the omission or manipulation of information. For example, Sinclair Broadcast Group is the largest owner of local television stations in the country. In a recent move, they aimed to grow even larger with a bid to acquire Tribune Media and all 42 of their television stations for $3.9 billion. The deal, if approved, would make Sinclair the owner of the largest group of television stations in the country, with an estimated nightly viewership of 2.2 million households. What precautions are in place to prevent Sinclair from airing their own opinions during news programs instead of an unbiased, transparent story that is expected of news outlets? It is a necessary question to ask, because according to the Pew Research Center, 82 percent of U.S. adults place their trust in local news outlets. Even in print media, acquisitions have created large publishing groups. For example, Time Inc., publisher of Time magazine, Sports Illustrated, and People, was recently sold for $3 billion to the Meredith Corporation, publisher of Family Circle and Better Homes and Gardens. These mergers and acquisitions have significantly changed the media landscape – and they have made the answers to some of the aforementioned questions exponentially more important than in years past. During this new landscape, researching who owns what and developing an understanding of the different ways messages can be skewed is a good defense against misinformation.