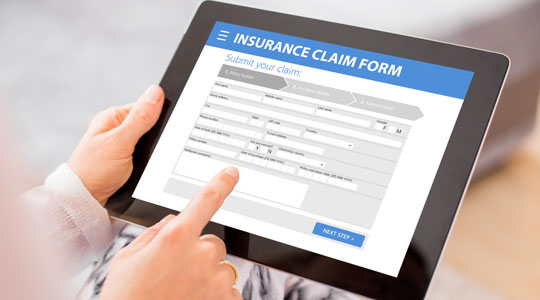 It is practically impossible to not have insurance in this present day. Merriam Webster defines insurance as “a means of guaranteeing protection or safety.” No one likes the idea of incurring an injury let alone the possibility of having to pay out of pocket for such expenses. Society is constantly bombarded with advertisements and telemarketing calls by insurance companies competing for more clients. Unfortunately, the high demand for insurance also brings along the substantial risk for fraud, according to the National Insurance Crime Bureau (NICB).

NICB estimates that health care and other insurance fraud costs consumers, taxpayers, and the public over $30 billion and health care fraud is one of the main drivers of the total figure. Because lower-income individuals can have difficulty in finding adequate insurance coverage, and those with significant medical conditions are often hampered by the same problems, fraudsters are often able to prey on these people’s fears for illicit gain.

One such case is that of Timothy Thomas, the former owner of United Benefits of America (UBA), who defrauded clients and fellow associates. The U.S. Department of Justice (DOJ) reports that Timothy Thomas was first indicted in October 2014 for misrepresenting limited health care plans to those who bought them. The UBA (also known as the United States Benefits) and Health Care America were entities Thomas owned or controlled that used telemarketing techniques to sell these fraudulent health insurance plans.

Tennessee state insurance regulators and the Better Business Bureau had earlier received numerous complaints from UBA clients who stated they were “…deceived into believing the plans were similar to traditional health insurance,” when Thomas’s employees actually only sold “association memberships” from third party companies, according to the DOJ press release. In court, Thomas later acknowledged that his sales representatives intentionally made omissions and used deceptive tactics to lure customers. The omissions and deceptive tactics are key aspects of intent to defraud; Thomas directed his staff to intentionally prey upon people who previously denied or could not afford traditional health insurance.

Finding these cases and bringing the perpetrators to justice is a difficult and time-intensive process, but there can be a lot of good sources of evidence. During the investigation of Thomas, many diverse types of investigative techniques were used, such as interviews, undercover surveillance and financial data analysis. It is important to note that fraud cases may seem more difficult to investigate than homicides because information is hidden in documents and other data, but with organization, perseverance, and a little knowledge of fraud schemes, they can be quickly uncovered.

Help can also come from unexpected places. Prior to Thomas’ indictment in 2014, a local television news station aired an undercover investigation of the UBA in 2009. Jeremey Finley of WSMV News 4 reported that surveillance footage, with the assistance of some employees, revealed UBA representative were training new employees to blatantly lie to clients. When confronted, although Thomas appeared to be aware of the deception, he refused to implement any appropriate changes. Following this news story, the Federal Trade Commission (FTC) filed regulatory charges against the company. Additionally, Middle District of Tennessee shut down the company as well as froze all of Thomas’s assets.

Unfortunately, this did not stop Timothy Thomas from continuing his fraud. Even though UBA was dismantled and still undergoing investigation, businessmen and investors reported to the I-Team that Thomas persuaded them to open membership companies with him as the consultant and billing manager. Once again, after receiving several complaints about credit card billing for services such as identity theft protection and computer repair, some businessmen became more suspicious. Subsequently, some of the business associates took their findings to the Federal Bureau of Investigation (FBI). The thousands of consumer complaints coupled with undercover footage and data analysis proved a compelling case against Timothy Thomas. Most importantly, without the assistance and moral conscience of UBA employees and other business associates, the FBI may have not been able to gather such critical pieces of evidence to convict Timothy Thomas.

In March 2018 Timothy Thomas pled guilty to mail fraud. The DOJ sentencing press release notes that he must “…forfeit $1.5 million dollars and pay over a $2.5 million in restitution…”. His sentencing totaled 66 months of imprisonment. He will serve 36 months for mail fraud and 30 months for criminal contempt, [related to…] In the end, Timothy Thomas’s case reveals how the high demand for health insurance can provide predators an opportunity to deceive the public.

Rickeisha Williams is a graduate of Barry University in Miami, Florida. She holds dual degrees, a BA in Forensic Photography and a BS in Criminology. Ms. Williams is currently pursuing a Master’s degree in Forensic Investigations at Stevenson University.