Skip to content
Stevenson University Online  /  About Us  /  News  /  When Gambling is More Than a Game: Theft and Embezzlement That Fuel Gambling Addictions

When Gambling is More Than a Game: Theft and Embezzlement That Fuel Gambling Addictions 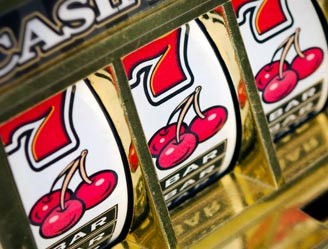 Casinos and other gaming destinations are primarily entertainment for many people, but for some they are more than slot machines and Vegas shows, they are an obsession. Several recent cases illustrate instances when employees have stolen funds from their employer to continue their gambling addiction.

This is not to infer that anyone who gambles or visits a casino is likely to steal, nor does it conclude that gaming causes more people to steal, but it does raise the issues of pressure, opportunity, and rationalization in reference to stealing money.

A 2004 Justice Department funded study by a professor at University of Nevada at Las Vegas noted that while most Americans are either non-gamers or low-risk (those who gamble for a short time or suffer minimal losses), problem or pathological gamblers are constantly gambling and eventually suffer large losses. The study noted,

“Compulsive or pathological gamblers… are those who sooner or later suffer heavy losses (often $100 or more at a time), borrow or steal money or write bad checks to pay gambling debts, avoid or can­ not pay their own gambling bills, and lie to their families, friends, and therapists about the extent of their gambling”

As the cases below illustrate, a problem gambler with access to a company’s financial accounts can wreak havoc and could even cause the company to collapse. The lies escalate and the consequences became increasingly more devastating.

Laura Dejong was a bookkeeper for a small, family-run business in Kansas. She and her husband Craig agreed to plead guilty in an agreement with federal prosecutors in 2013; Laura stole $2.6 million from the business by forging company checks and then depositing them into her personal account. Craig and Laura also filed false tax returns, omitting the stolen millions from their income tax Form 1040. The investigation stated that their gambling activity totaled $4.5 million between 2002 and 2011, which over exceeded their known income and access to legitimate funds.

Court records detail the financial analysis conducted by the Internal Revenue Service and Federal Bureau of Investigation and show that the couple’s combined gambling amounts totaled almost $-290,000 between November 2002 and early December 2011. The amount of money spent at casinos over the same period was over $4 million, well in excess of her annual salary of $33,333 and Craig’s non-existent annual salary.

The saga of former paralegal Patricia Baddeley-Meehan of Connecticut is equally disconcerting. She was sentenced in 2010 to one count of filing a false tax return and two counts of mail fraud in connection with her scheme to steal $1.7 million from a law firm where she was employed. Baddeley-Meehan was sentenced to serve three and half years in Federal prison as well as three years of supervised released and ordered to pay restitution to the firm.

Over the course of nearly five years, she took cash advances from her credit card at local area casinos, which totaled $1.4 million. To avoid using her own funds to pay off these credit card balances, Baddeley-Meehan initiated 77 law firm checks to be mailed to credit card companies.

Court records in her sentencing provided several exhibits to demonstrate the financial analysis used by investigators:

According to local press reporting, the Federal judge overseeing her case warned her not to violate her supervised release – which included not gambling, however a day later, she was back playing the slots!

In August 2016, the Judge sentenced her to serve two additional months in prison for violating the court order. In addition, she is also being investigated for state larceny charges for stealing from a retail employer prior to reporting to prison.

Employers can take certain preventative actions to identify and evaluate internal control weaknesses that could be exploited by any employee. In addition, addressing and discussing issues surrounding gambling can also help to prevent future problems. The Pennsylvania Gaming Control Board has some excellent suggestions for both employers and co-workers, because peers are often in the best position to identify red flags of problem gamblers, including being proactive.

Policy statements, trainings, and strong internal controls can go a long way to notifying employees that using company time or resources to gamble is unacceptable. They also recommend financial counseling, “employee assistance,” or similar programs be available to head-off a potentially calamitous situation.

The PA Gaming Control Board recommends a very basic internal control—monitoring the flow of cash out of the business. By closely monitoring and reviewing expense transactions, it eliminates or sharply reduces a potential area considered to be “… high risk for the problem gambler.” In both cases listed above, if management had been more diligent in their screening of expenses, they may have caught onto the schemes earlier.

After consulting with an employment law attorney, companies may want to deny employees access to gambling websites. Identifying and investigating employees who continue to try and access those sites is critical, especially if the employee has access to cash, accounting records, proprietary technology/trade secrets, or valuable inventory.

Employers and concerned co-workers can access a wealth of information and resources to assist themselves and others who exhibit signs of potential addiction or abuse. Every state with legalized gaming is required to maintain a “Problem Gambling” hotline or other counseling resources. In addition, states without legalized gaming often have non-profit or medical assistance centers that can be accessed.

Fraud, theft, embezzlement, or diversion of business assets by employees is a national issue. The loss amounts are staggering and the emotional, financial, and operational impacts on a victim business become devastating. When stolen assets are spent on gambling, there is often nothing for the victim to recover and for most small businesses, even a small theft can cause the business to fold. Implementing special controls and monitoring those with access to critical assets like money, inventory, and trade secrets, in addition to identifying potential problem gamblers could lead to earlier detection or even prevention of theft or embezzlement.