Forensics Alumnus and Adjunct Instructor Thrives on Making a Difference 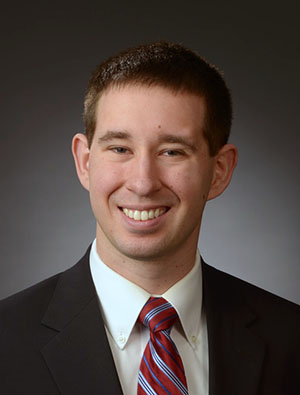 At any university, it is of the utmost importance that their instructors are qualified, knowledgeable, and willing to share their expertise, not only in terms of education, but real-life situations as well. Stevenson University Online is fortune to have many instructors that fit this ideal, including Forensic Studies Adjunct Instructor, Robert Carter. Robert is a Senior Manager at Hertzbach and Company, P.A., and took time out of his schedule to speak with us.

We first talked about why Robert was drawn back to the Stevenson University community. He received his bachelor’s from Stevenson, and then went on to pursue his master’s at the University of Baltimore, ultimately returning as an adjunct faculty member. Robert explains that he, “always wanted to stay involved with Stevenson.” In between his interest in teaching and attraction to the School of Graduate and Professional Studies Forensics programs, Robert truly felt at home in our community.

As a business student, Robert completed an internship with Hertzbach, sparking an interest in forensics. Before graduating, Robert was able to integrate forensic courses into his degree, culminating in a new focus on forensics in business.

In 2007, the connection between Robert and Hertzbach was born. While still completing his bachelor’s degree, a blend of Robert’s personal initiative and Stevenson’s internship program led to Robert testing the waters with Hertzbach. Stevenson emphasizes a career-based curriculum, and these opportunities allow students to have an early advantage entering the workforce and developing professional relationships. Robert recognizes this advantage; pointing out that he was, “doing hands-on work that most professionals do not get to do until three or four years into their careers.”

Although Robert faces challenges in his role at Hertzbach, he finds that his biggest challenge comes while teaching and is, “Explaining to the students that as a forensic accountant, you are involved in the whole process and not isolated. The job is not just numbers. You are working with people and there’s a connection on an emotional level.” The emphasis on personal relationships is essential in a client-driven field. Robert is able to not only identify this fact, but communicate the concept effectively to students; a benefit of having faculty members who are immersed in their respective fields.

Along with recognizing that clients are more than numbers, Robert takes great delight in making a difference. He says, “Terrible things happen to our clients. We help to bring them ease and help them understand what happened. We help to make them whole and get their funds back. And we make sure there are processes in place to prevent future events.” Many fields thrive when they have a loyal clientele – not Robert’s. If Robert’s clients never face a situation that causes them to return to the group, he has succeeded in his job. As this is the case, some might wonder how Hertzbach is able to maintain a steady clientele. Robert has the answer. He notes, “Our business is built on referrals and reputation.” The ability to effectively assist individuals and organizations is what Hertzbach prides itself on, leading to customer referrals and a solid reputation in the communities that it serves.

While working fraud cases, attention to detail is key. Robert has tended to a number of cases, one of note involved a case of embezzlement in a nursing home and assisted living facility. Robert recounts, “Someone was taking the resident’s money essentially. The plot was discovered when a patient was about to be discharged for non-payment. They had Alzheimer’s, and no clue what was happening. But the patient’s family had proof of payment and thankfully the embezzling scheme was discovered. We were brought in and found that tens of thousands of dollars were stolen.” What really moved Robert about this particular case was that a single ill-intentioned individual had so much influence over the lives and well-being of the residents of the community, and he was able to restore stability to the situation.

In any field, recognition and awards are appreciated; and can be seen as a benchmark of success. Robert is no stranger to such awards, receiving merits such as two “40 Under Forty” awards in 2016, presented by the National Association of Certified Valuators and Analysts as well as the CPA practice advisor respectively. When discussing what those achievements mean to him, Robert says, “Being recognized for helping the community and profession is very important to me. It means a lot to be honored for doing more than the job and more than is required of me.” Robert made it known that while awards are great to have; the effort behind earning them is what truly matters.

In order to be an effective educator, one must first be educated themselves. Life is a continuous learning experience, every day beginning a new chapter. As an instructor, it is essential to draw from your personal experiences and present them as learning opportunities for students. Robert explains that the most important lesson he has learned is to, “Ensure that you are not biased. It’s not efficient or effective to begin a case with a certain mindset or assuming someone is guilty. Approach each case with a professional skepticism and open mind. It can be hard to stay objective but you must stay independent and follow the facts.” Robert brought up the point that as humans, making judgments is in our nature; but he advises his students to always do away with biases. In terms of advice, Robert urges students to pay attention to even the slightest detail. A million dollar company can lose only a thousand dollars, but as Robert says, “A thousand dollars may not seem like a lot of money, but those small errors can be somebody learning to steal from the company.” Teaching students to remain vigilant can help target and identify these seemingly microscopic irregularities.

Taking on a more casual tone, our conversation led to us discussing hobbies, personal interests, and motivations. Robert is very grounded in his work, seamlessly transitioning between Hertzbach cases and Stevenson classrooms; but when he is not working, he is playing soccer, reading, or spending time with his wife and two daughters. Robert notes that it can be very easy to get lost in work, but we should never forget to step back and enjoy the life around us. When we asked Robert who inspires him, he cites his wife. He further shares, “She teaches high school. She gets really involved with the students and constantly is giving back and helping. Seeing her inspires me to remember that there’s more to your job than just doing your job and people are not just what you see on the surface, there’s always more to the story.”

There truly is more to everybody’s story, and whether it is through working on cases at Hertzbach, or through Stevenson’s warm community, Robert is constantly striving for success.