Cyber Attacks in a Digital Age 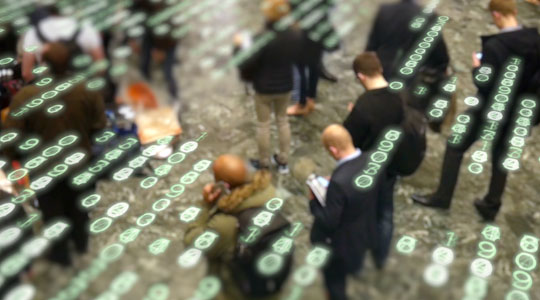 As society becomes increasingly dependent on internet connectivity, the threat of criminals using the internet to further their objectives. Governments and organizations are launching counter initiatives to combat different forms of cyber attacks while criminals are latching on to advanced technologies and utilizing them to disrupt the smooth flow of information on the internet.

According to the FBI, cyber terrorism is the “premeditated, politically motivated attack against information, computer systems, computer programs and data which results in violence against non-combatant targets by sub-national groups or clandestine agents.” Instead of physical acts of violence, criminals are turning their attentions toward how to disrupt the well-being of individuals in a virtual sense. Distributed Denial of Service (DDoS) attacks, Hacking, and leaking of sensitive information are all ways in which terrorists capitalize on the internet. The NATO Review magazine displays a timeline of cyber attacks, ranging from 1988 to October 2013. The frequency at which these attacks take place has grown because of the advancing capabilities of what technology can do. While these innovations improve quality of life, they can also be used for the exact opposite. For example, smart phones are intended to streamline communications, combining professional life, personal life, and social life. Because of the personal information contained in smartphones, there is the high potential for an individual to compromise the security and have access to the personal information on it, with ill intent.

Another factor that contributes to frequent cyber attacks is the availability of cyber terrorism tools on the internet. The deep web is teeming with individuals who offer their services to any client willing to pay. In addition, there are several hacking communities and tutorials that can be accessed on the deep web. Along with deep web, there are a variety of tools on the regular internet that individuals can use to teach themselves the foundations of cyber terrorism. There are many websites that offer DDoS tools, allowing individuals to launch attacks that effectively overload website servers, rendering them unusable for a certain period of time. Due to the availability of these tools, ill-intentioned criminals are able to access them at will and disturb the flow of traffic on certain websites. An example of a high profile DDoS attack is the 2014 server attack on Microsoft and Sony’s online gaming platforms. Hacker group “Lizard Squad” took both systems offline, causing thousands of users connectivity issues. A year later, in 2015, a similar attack took place, this time by “Phantom Squad;” who says that they perpetrated the attack in order to make Sony and Microsoft improve their security. Technology Conglomerate Cisco highlights several “DDos” mitigation techniques that companies can use in order to protect themselves. These methods are “Blackholing, routers, firewalls, and manual responses.”

Another way that cyber terrorism shows itself is through the leaking of sensitive information through a data breach, which could be the doing of an organized crime group or lone wolf hacker. By taking information or content that was meant to be private, attackers show that anything can be compromised. Leaking government documents is a dangerous example of this happening, and can further the agenda of a Nation State with ill intent or a lone hacker looking to do damage. Classified material holds that status for a reason, and when that information is then taken and distributed publicly, it may cause mass hysteria or outcry. This can be done to influence political elections, or ideas that the public may have about the government.

While there are several ways in which acts of cyber terrorism can be committed, there are also many ways in which they can be prevented. Having security measures in place is essential to function safely in a world dominated by technology. Educating oneself about the possibilities when operating online us of high importance. Simply being aware of dangers can aid individuals in avoiding such situations. Websites and servers improving security measures can prevent them from being penetrated by outside sources, allowing users of their products to feel safe. Apple’s passcode lock has proven to be resilient against compromising of privacy, even proving to be a struggle for apple itself. There are secure servers that the government utilizes in order to prevent classified documents from entering the wrong hand. By keeping professional and personal devices separate, the likelihood of a data breach is drastically lowered.