The Role of Artificial Intelligence in Today’s Landscape 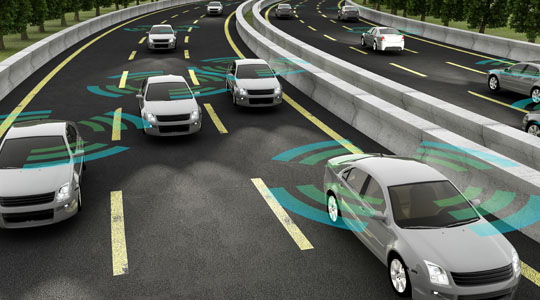 Artificial Intelligence (AI), refers to the capability of devices that utilize software which allows them to complete and learn tasks on their own, without the necessity of human intervention. This sort of functionality by machines is made possible by complex algorithms and software that equips machines with these capabilities. A distinctive trait of AI technology is its ability to build upon prior “knowledge” and advance itself. While advanced AI technologies may seem far off, there are AI technologies that we encounter in the present day. Some of these examples include apple’s “Siri” mobile assistance, vehicle autopilot systems such as those used by Mercedes and Tesla.

The concept of having a voice assistant is one used currently in several smartphones, but such was not always the case. Apple’s iPhone 4s was introduced in 2011, and introduced Siri to the mainstream, changing the way individuals would be able to interact with their iPhones. By allowing consumers to make hotel or restaurant reservations, check sports scores, and purchase event tickets simply with their voice, Apple set the framework for a technology that learns and grows alongside the user. Siri is able to recognize speech patterns, names, and behaviors of the phone user, enabling the software to integrate those learned patterns and function in accordance with this behavior. According to a Huffington Post article, the creators of Siri intended to, “Let artificially intelligent agents summon the answers people needed, rather than pull relevant resources for humans to consult on their own.” The way users are able to access Siri has also changed as iPhones have improved – where they once had to hold the home button, they can now simply speak the words “Hey Siri,” and the virtual assistant will be at their disposal. By seamlessly integrating Siri into the lifestyle of users, Apple allows AI technology to thrive, advance, and constantly improve itself.

In the automotive industry, autopilot technology is used to describe the ability of cars to operate without driver control; however all cars equipped with this technology still require driver input, such as hands on the wheel at all times. Nonetheless, these technologies are still impressive, allowing cars to be aware of speed limits, control following distance, and even make lane switches without the driver having to physically do these things. According to Tesla’s website, “All Tesla vehicles produced in our factory, including Model 3, have the hardware needed for full self-driving capability at a safety level substantially greater than that of a human driver.” This emphasizes a key pattern within the AI industry – the ability to do better than humans. These technologies are marketed on the premise that they are far more effective than humans, because humans may have flaws in judgment while software contains no such biases. Tesla owners have the ability to get in their car and have the car take them to a specific destination based on what is currently in the driver’s calendar. Such technology is a game changer in how individuals handle business, because the car’s functionality saves individuals time in looking for the quickest route, they simply get in the car and drive. Although Tesla is seen as the pioneer in autopilot technologies for cars,

Mercedes seeks to rival it with its “Distronic Plus” technology. Per an article published by Tech Radar, “Distronic Plus technology combines steering assist and adaptive cruise control functions to essentially drive the car for you.” While this technology does not have as many features as a Tesla model, it is able to adapt and learn roads, making the driving experience far smoother than average.

The Future of AI

While these technologies are developed to improve the overall ease of life, individuals still have their reservations regarding such. Elon Musk, Tesla CEO, has been very vocal about his concerns regarding AI technology. Musk’s concerns stem from the direction AI is headed, as companies seek to involve AI in every aspect of consumer’s lives. An article published by CNBC quotes Jenny Dearborn, an executive at a software solutions company, saying artificial intelligence, “Will impact everything we do, including scanning badges, scrolling the internet, using apps and home sensor systems and many other facets of daily living. As a result, AI will constantly collect data and personal information.” Dearborn also expands on the possibilities, describing how companies can utilize this data and program software to remember and learn according to consumer behavior. A true concern of AI technology is the limitation of such. If technology is constantly learning, where does it end? With complex coding and internet connectivity, AI software has the potential to be smarter than those who programmed it, leaving a cloud of uncertainty over its true power.