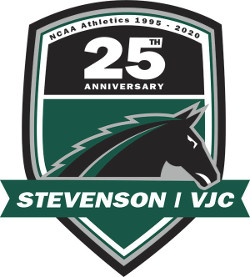 The Stevenson University athletic department has announced the first of its spring 25th Anniversary teams, beginning with women’s beach volleyball. The three students named to the anniversary team were all Business Communication graduates!

In order to be eligible for the 25th Anniversary teams, student-athletes must have exhausted their eligibility prior to 2018-19, have graduated from Villa Julie/Stevenson, and left their program and the institution in good standing. Teams were selected with input from the head coach of each program, along with former coaches and players and a committee of Stevenson athletics staff.

Congratulations to these three superstar student-athletes!