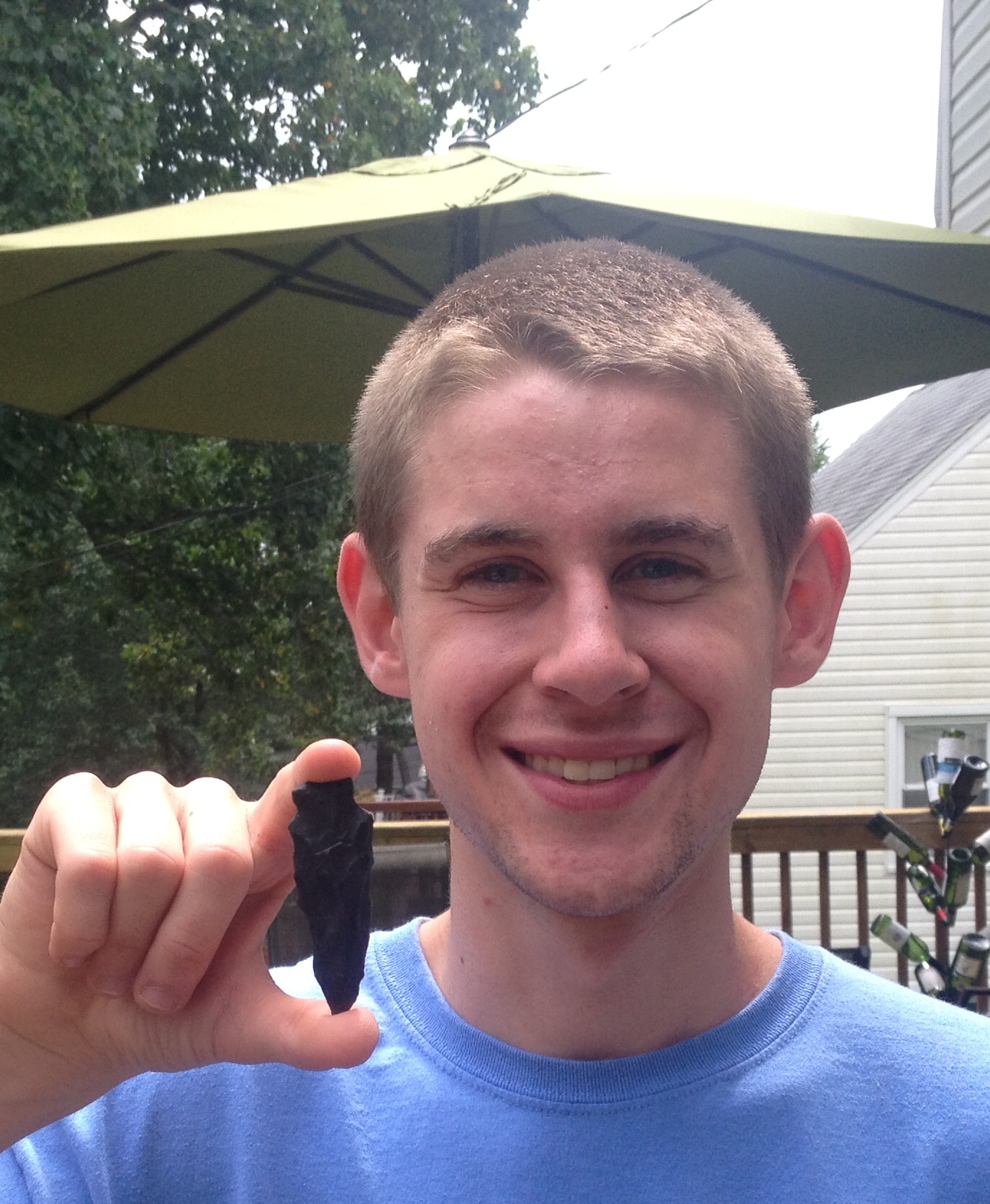 Mark Moody, a freshman Environmental Science major, found a Halifax spear point while vacationing in Nags Head, North Carolina. He vacations there each year with his family and stayed in the midst of Hurricane Arthur, a category 2 storm with sustained 100 mph winds. While combing the beach for shells after the storm, Mark spotted a rock out of the corner of his eye that looked different from most of the other rocks on the beach.

Upon closer examination, he realized what he had found and took it to a local with extensive knowledge about the Native Americans that live in the coastal regions of North Carolina. Mark was told that he had found a Halifax spear point that dated back some 3,000-6,000 years and that they are very rare, usually only surfacing after big storms like Hurricane Arthur. He looks forward to the trips he makes down there each year, and thinks that that the possibility of finding more spear points is thrilling. Very cool Mark!