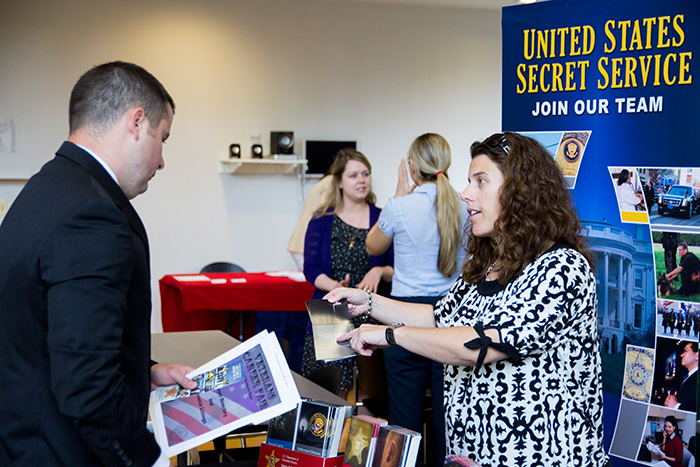 Speaking in front of more than 950 new students and their families, Brad Snyder told the harrowing story of how he suffered complete vision loss after stepping on an improvised explosive device (IED) in Afghanistan and how a positive outlook thereafter was the key in his road to recovery.

One year to the day after Snyder suffered his devastating injury, he earned the gold medal in the 400-meter freestyle event in the 2012 Paralympics in London.

Snyder also said that the support staff around him was, and still is, vital in helping him through both the past and present challenges in life. By coming to Stevenson, he said, students have the chance to form a similar type of family.

“You have a great opportunity to embrace a community and achieve a level of success you’d never be able to attain on your own,” Snyder said.

Snyder’s speech resonated profoundly with everyone in attendance, from students and faculty to the parents of students.

“Even with all that had happened to him, he wasn’t focusing on the bad. He focused on the community of people that helped get him where he needed to be,” said parent Chris Remeikis, whose son Michael is an incoming freshman. “Lt. Snyder was able to relate his experience to how Stevenson students are so fortunate that they have a community here that stands behind them and gets them where they need to be. It was quite a moving speech.”